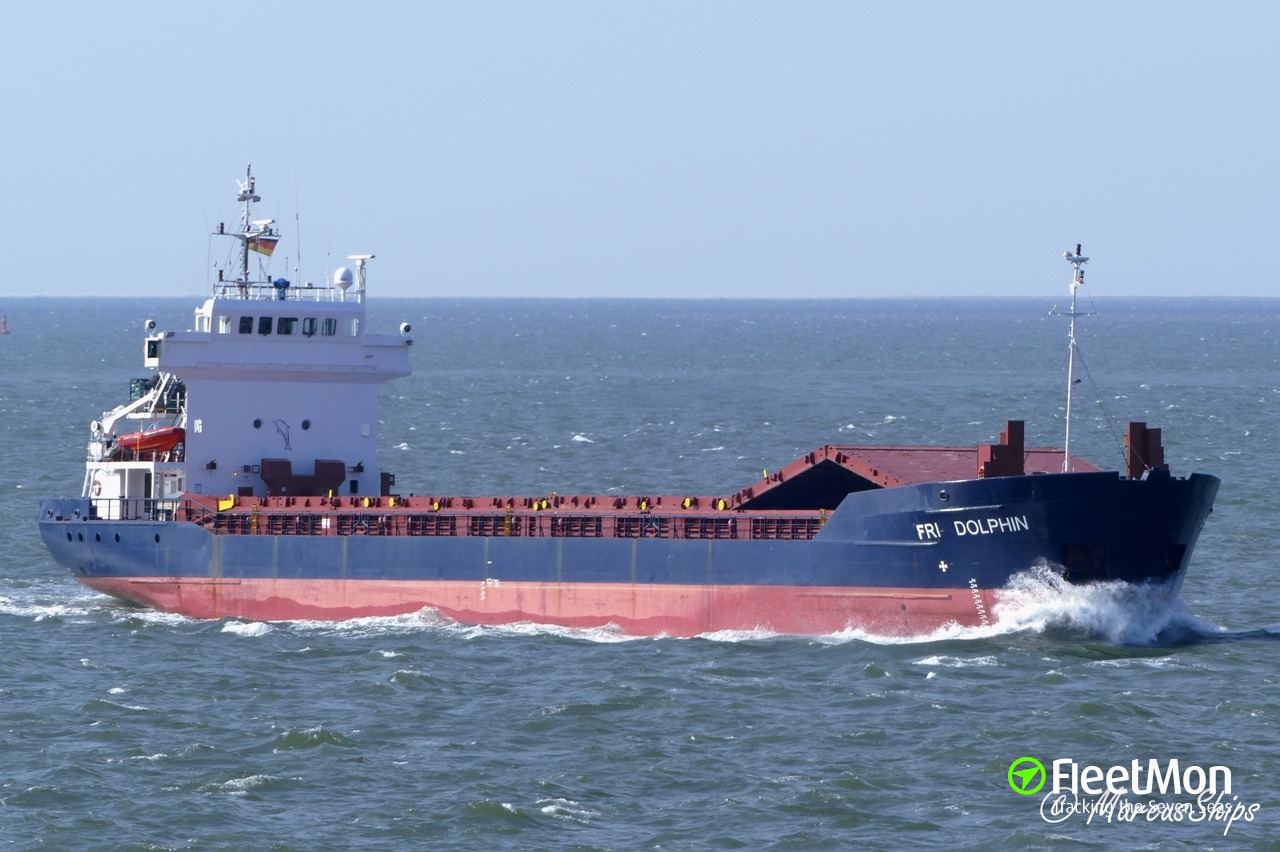 General cargo ship FRI DOLPHIN alerted MRCC Corsen France, in the evening Feb 13, reporting 4 crew being poisoned during cargo fumigation process. The ship was in Bay of Biscay W of Brest, en route from Les Sables d'Olonne to Hull UK, with cargo of corn. Paramedics team was transferred on board by helicopter, they found one crew dead, other three in stable condition, but weather didn’t allow airlifting, so the ship interrupted voyage and headed for Brest. The ship entered Brest waters and anchored early in the morning Feb 14, and sick crew were transferred to hospital, their condition being stable. FRI DOLPHIN was still at anchor as of 0930 UTC Feb 14. 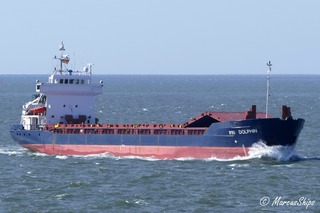 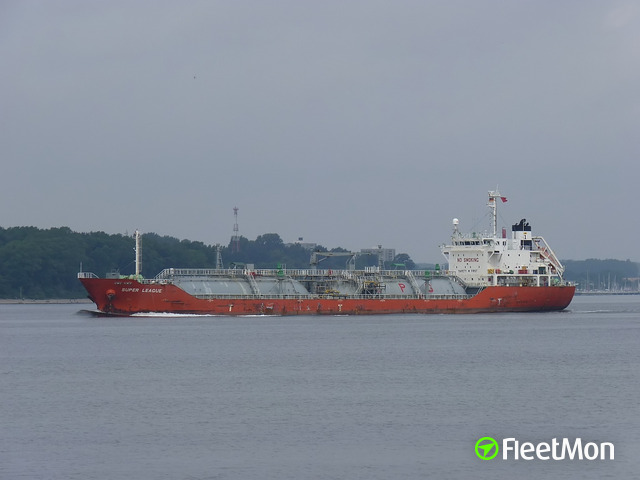