According to Yemeni (Houthi) sources, on Jan 7 Saudi Arabia forces released tanker ADVENTUROUS after 25-day long detention in detention area in southern Red sea, designated by Saudi-led coalition. Tanker with 30,000 tons of diesel oil on board headed for port of destination Al Hudaydah port, held by Houthi forces. As of evening Jan 9, tanker was approaching Al Hudaydah. 9 more tankers remain in detention, with 157,000 tons of gasoline and 94,000 tons of diesel on board, in total. Who’s right and who’s wrong in Houthi vs Saudi conflict, or more/less right/wrong, is anyone’s guess, but Yemeni civilians unquestionably, are the main victims of this conflict, suffering most. Detained tankers crews aren’t happy, either. Some tankers remain in detention for already more than 2 months. 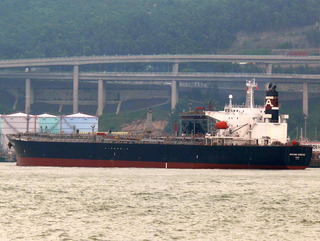