Was there a second attack in Bab el Mandeb? Who were the attackers?

LNG tanker GALACIA SPIRIT was attacked by a group of militants on a small boat, who fired an RPG at tanker, in the morning Oct 25, as she passed Perim Island, between the coast of Djibouti and Yemen. No injures reported, tanker understood to suffer small damages. Tanker is en route from Qatar to Egypt, as of morning Oct 27 she was under way in Red Sea. Attack was confirmed by Teeaky.
On Oct 27 Al-Arabiya news agency said LNG tanker MELATI SATU was attacked in Bab el Mandeb Strait, attackers fire at tanker RPG, too.
The crew of the Tuvalu-registered tanker sent a distress call that was received by a UAE ship and passed it to the Saudi Arabian naval ship Majesty Riyadh. Majesty Riyadh immediately headed to the site of the attack and was able to save the Melati Satu. It then accompanied Melati Satu until it safely transited Bab al-Mandeb.
http://english.alarabiya.net/en/News/middle-east/2016/10/27/Pirates-attack-oil-tanker-near-Bab-al-Mandab.html
Al-Arabiya mistook product tanker MELATI SATU for LNG tanker. Product tanker MELATI SATU is en route from Ukraine to India. Exact position and time of alleged attack are unknown.
Al-Arabiya mentioned pirates, and Houthi rebels.
Was there a second attack, or Al-Arabiya made a mistake, is yet unclear. No other sources so far published any news on a second attack.

There are two main version on the identity of the attackers, ether Houthi rebels, or Somalia pirates. Both versions seem to be too far-fetched, even improbable.
First, Houthi version. Houthi rebels took responsibility for destroying UAE supply ship SWIFT 1 on Oct 1, but firmly rejected missile attacks on US Navy ships. They explained SWIFT 1 attack by a military character of that ship’s operations, aimed at Houthi. US Navy later said that they have some doubts about the attackers who fired missiles at the US Navy ships, they aren’t sure if they were Houthi or somebody else. Now, let’s muse what Houthi may gain by attacking cargo ships in Bab el Mandeb and in Red Sea. Houthi are fighting a civil war in Yemen, they’re fighting for the control over the country. They, logically, aren’t interested in disrupting shipping in one of most important global seaways, they have more than enough enemies on their hands, to add up some new ones, among them most powerful nations. They rejected any such intentions or attempts, and their rejections seem to be genuine.
Second, Somalia pirates version. Attack of a big LNG tanker is contradicting this version. Never before, in known Somalia modern piracy history, did they attack LNG tankers, for obvious reasons: those tankers are almost impregnable fortresses, thanks to high speed and high freeboard; it’s impossible to keep them in captivity even for weeks, not to mention months, because bunker is vital – no bunker, no cooling. Somalia pirates are anything but fools, they have a vast experience of choosing, attacking and hijacking their targets. They have much more lucrative and easy targets, than LNG tankers, and they have them in abundance. And there’s the question of the purpose of the attack, too. For practice? Sending out an alarm and warning all vessels in the area, that pirates are on the war path all over again, like you know, in good old times knights were warning their enemies? Isn’t it a little bit humiliating for pirates by presenting them as fools?

What was it (or “were”, if the second attack is genuine too), then? Well, I have my own version, and I believe, it’s at least as plausible, as Houthi or pirates versions. Any tension in those vital seaways – Bab el Mandeb, or Hormuz Strait, immediately raise oil prices – not too much or for a long time, but nevertheless. Do incidents in Hormuz Strait, which involve Iran military and the US Navy, have any meaning from military point of view? No, they don’t, and everybody understands, that Iran military is absolutely no match for the US Navy might (as, accidentally, Russian Navy is no match for NATO Navies). All oil producing countries find themselves in a difficult situation, but especially those of them, which made oil the main source of their income, and thought happiness of living on oil rent and doing little else is forever. As it stands now, oil price while generally, going down to realistic price levels, is very volatile short-term, thanks to speculations, or instability. If talking about shipping, most interested in oil price parties, say Middle East oil producers, aren’t interested in sealing main seaways off, they’re interested in a constant threat looming over those ways, whether real or virtual. Better still, if threats are self-made and controlled.
Let’s look at most desperate oil producing countries, which wasted oil fortunes and along with that, ruined their economies. Russia is one of them. Russian economy is in a desperate situation. Kremlin, Mr. Putin and his minions, have to stick to power, if they lose power, they’ll lose freedom and most probably, their lives. They can’t make any real reforms, political and economical, too late for that. All they hope for is miracle, and the rise of oil and gas prices. Russia was, and is, adding up as much fuel into Middle East chaos, as possible. Modern Russia has absolutely no morals, or respect for laws, which may prevent it from doing whatever it takes, to spread more chaos, with hope it will, finally, raise oil price and save, with that, Russian economy. There’s no strategy in Kremlin activities, both inner and foreign, it’s tactics only, aimed at survival. Russia and Iran have more than enough resources in Middle East to carry out any type of clandestine operation, disguised as “terrorist attack”, or “pirates attack”, in order to create a feeling of instability, with the main purpose of either raising oil price, or at least, not letting it to go down. 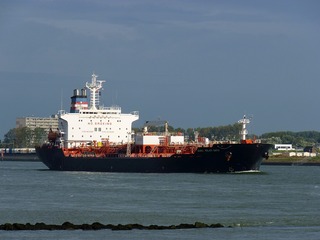 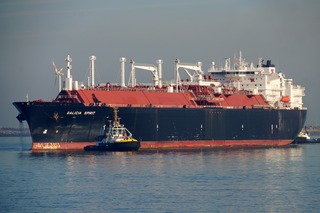